From 1995 through early 2005, Sternlicht was Chairman and CEO of Starwood Hotels & Resorts Worldwide, Inc., a company he founded in 1995. Barry Sternlicht has been credited as a dynamic and innovative hotel leader, creating new products and programs with immediate global appeal. Sternlicht created W Hotels, perhaps the world’s most successful “boutique” brand, and built St. Regis Hotels into a brand.


Richard LeFrak is Chairman and CEO of LeFrak, a privately-held real estate company based in New York. LeFrak has more than 100 years of experience in the development and management of real property and currently owns more than 40 million square feet of real estate primarily in the New York metropolitan area. Mr. LeFrak, together with his two sons Harrison and James, is leading the company’s expansion and diversification in real estate focusing on New York, Miami and the West Coast as well as investments in energy and banking. Mr. LeFrak also presides over the LeFrak Foundation, which supports charitable organizations, institutions of higher learning, and cultural programs that sustain and encourage literary, performing, and visual arts. 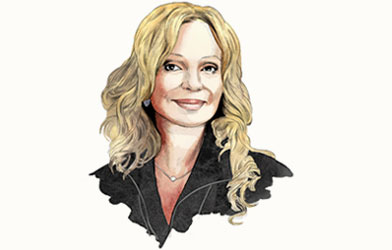 
Founded in 1990 by Debora Aguiar, Debora Aguiar Aquitetos (DAA), is a full- service architectural and interior design firm. By carefully interpreting the needs of its clients, DAA has become known for its beautiful and sophisticated approach to design. Well-known projects include the Le Park Residential Resort (Salvador/Rio de Janeiro), IMPSAT and Optiglobe Telecommunications Companies headquarters (São Paulo), a residential complex in Luanda, Angola and many award-winning spaces at Casa Cor, one of the most important global interior design exhibits.


Meyer Davis Studio, Inc. (MDSI) is a full-service, global, award-winning design firm. Founded in 1999 by Will Meyer and Gray Davis, the firm has established itself at the forefront of the nation’s high-end residential and commercial practices. In addition to the extensive list of restaurants and retail boutiques in the firm’s repertoire, MDSI has designed and renovated various hotels in the United States and abroad, including W Hotels in Santa Fe, Mexico and Riviera Maya, Mexico; LeMeridien in New Orleans; the Nolitan Hotel in New York City; The Paramount Hotel in New York City; and the Capri Hotel in Southampton, New York.